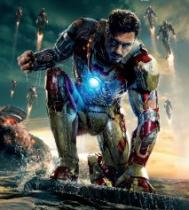 Robert Downey Jr. has hinted that a fourth 'Iron Man' movie could be on the horizon.

The actor had considerably softened his stance in recent months after saying that the third 'Iron Man' would be his last.

But now Downey Jr. has provided the strongest hint yet that he may sign on for another standalone film as Tony Stark.

"I know there's going to be a bunch more Marvel movies, and they have big ideas of how to do it best, and we're in the middle of negotiations," he said when asked by Ellen DeGeneres if there would be a fourth 'Iron Man' movie.

However, it's unlikely that the film will be announced until after next year's 'Avengers: Age of Ultron'.