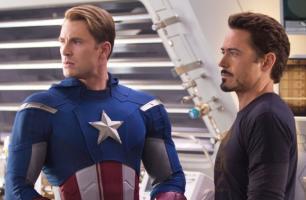 Robert Downey Jr has said since the last 'Iron Man' that he probably wouldn't be in another standalone movie featuring the superhero.

The 50-year-old star says that's still the plan. In fact, the actor says he's looking at the upcoming 'Captain America: Civil War' as his next 'Iron Man'.

"In a way it's Cap 3 but for me it's like my little Iron Man 4 and then it's back to the thing we all recognize," he tells USA Today.

"Everything pulls over to the side of the road when the thunder of an Avengers thing comes through because that's how it is until it changes. If it changes."

One thing Downey promises is that he won't turn into the villain as his character does in the comic storyline of the same name.

"If we're going to go there, then we've got to save it for my swan song. I would still like to keep a general audience and mildly be in their favor somehow."