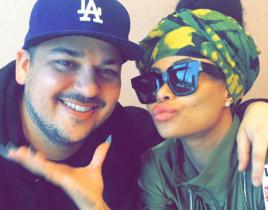 He was asked about Kardashian's rant while leaving Los Angeles International Airport on Saturday.

"Don't tell women's business. That's bad. Very, very bad, poor character. Flawed, you know what I mean?," he said, not denying that the transaction happened but saying Rob should never have revealed it.

Rob spilled the secret after TI said the Kardashian was a "big duck" for complaining that Chyna cheated on him and advised "kiss ya kid and cut ya losses& move on... u got no moves bro."

"Chyna told me everything about your threesomes with you and her and Tiny. U got no moves bro Correction: TI paid Chyna to have sex with Tiny and him."