A photo that shows Rihanna (photos

)'s face covered with bruises, scratches and swelling from an assault allegedly at the hands of Chris Brown has leaked out.

The close-up image, which appears to have been taken by the Los Angeles Police Department, shows a welt above each of Rihanna's eyebrows, marks on her cheek and around her lips.

The Rihanna Assault photo leak has prompted the LAPD to launch an internal investigation to find out who leaked the photo, and classified its release as "serious misconduct, with penalties up to and including termination.

It has requested the public's help for any "information concerning the unauthorized release of the photograph."

No public statement has been issued by Rihanna, either on the photo or the incident. The singer has not appeared in public since the alleged assault, hours before the Grammy Awards. She turns 21 on Friday. 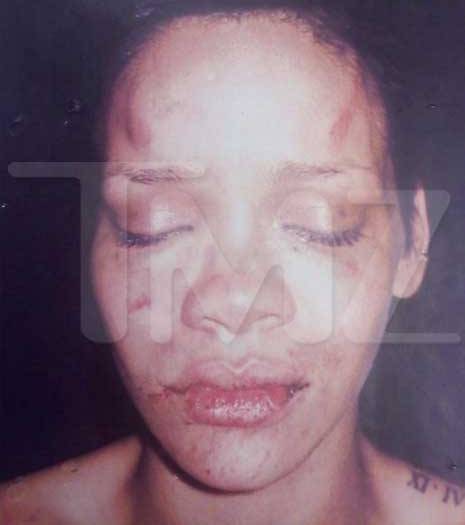