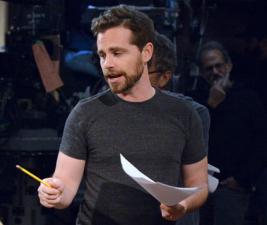 Strong, who played Shawn Hunter on original 'Boy Meets World' as well as the spin-off, spoke about the differences between the two series and hinted Disney didn't want them to tackle serious storylines like the original.

"For some reason on TGIF we would just do these videos that were like full on dramas and nobody seemed to notice," Strong told Kevin Pollak's Chat Show.

He recalled the infamous episode in which his character joined a cult because of girl, became brainwashed, then later found God after Mr. Turner got into a motorcycle accident.

"All in the course of 22 minutes," he said. "When you do a tonal shift like that — I think Boy Meets World missed the mark almost as often as it nailed the mark, honestly—for some people that tonal shift will never work."

"I think what Boy Meets World and Girl Meets World tapped into is that there's actually a huge segment of that age group... the target age group from 8 all the way up to 16ish, that is very melodramatic and that does see life as 'It's all fun,' and then the rug gets pulled out from under you and you're like crying. That sort of emotional swings."

"I think Michael Jacobs, to his credit, really wrote well for that and he still does. We've had some very dramatic episodes of 'Girl Meets World.'"

"I don't think as dramatic as Boy, mostly because we're on Disney Channel and they won't allow us to," he admitted.

"I think had Michael had his way, Girl Meets World would have swung just as extreme."