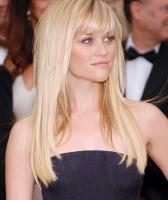 TMZ has obtained dash cam video from Reese Witherspoon's arrest for disorderly conduct and it certainly proves she said "all kinds of crazy things."

The actress made the comment during an interview on 'Good Morning America' earlier this week, during the course of which she also revealed that she falsely told the officer she was pregnant because she "panicked."

Witherspoon and her agent probably had an inkling that video from the night in Atlanta would leak out sooner rather than later and the interview is now looking like a good move to preserve her good girl image.

In the video, the 37-year-old asks the officer if he knows who she is and tells her he's harassing her "as an American citizen."

The actress apologized for her behavior and said she was "embarrassed" last week. She has plead no contest to the charge and paid a $100 fine.