Reese Witherspoon Advises: 'Run Away From A Man Who Can't Handle Your Ambition' 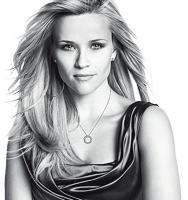 In an interview with Glamour magazine, Reese Witherspoon advises women to steer clear of men who hold them back.

Witherspoon, who was married to Ryan Phillippe and is now married to Hollywood talent agent Jim Toth, says it's important to be with a man who isn't threatened by a woman's success.

"Run away from a man who can't handle your ambition. Run," she says.

"So many men think ambition is awesome and sexy! There's no point in toiling away and wasting your ambition on people who don't value your strengths."

In the wide-ranging conversation the 41-year-old 'Big Little Lies' star compares being a woman to being a minority in Hollywood.

"Another thing I think about a lot is how it feels to be a minority woman in America, so rarely seeing yourself onscreen, and it's unconscionable. When I asked Mindy Kaling, 'Don't you ever get exhausted by always having to create your own roles?' she said, 'Reese, I've never had anything that I didn't create for myself.'"

"I thought, 'Wow, I feel like a jerk for asking that. I used to have parts that just showed up for me. I can't imagine how hard it is to write your own parts and simultaneously have to change people's perceptions of what a woman of color is in today's society.'"

"We have to do our part to change the idea that a woman with passion and ambition is only out for herself."