Rapper Kevin Gates Gets 180 Days In Jail For Kicking Fan 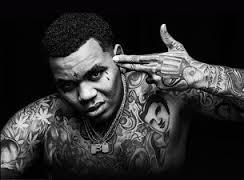 Rapper Kevin Gates has been sentenced to 180 days in jail for kicking a female fan at a Florida concert last year.

A jury found Gates guilty of battery after he was recorded kicking 19-year-old Miranda Dixon at Lakeland's Rumors Nightclub. He performed at the club last August.

Dixon said in court that she was tugging on the rapper's pants to get his attention for her friend. However, Gates lost his temper when she tugged his pants for a second time that he kicked her so hard that she fell and passed out.

Gates' lawyer said Dixon was only seeking money in the case. However, that didn't sway the jury from handing jail time for the incident.