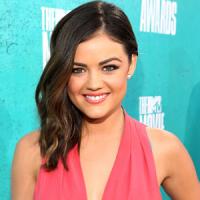 In an interview in the September issue of Cosmopolitan magazine, Hale says she knew she faced an uphill battle with the disorder but worked hard to change her outlook.

"I've never really talked about this," she says, "but I would go days without eating. Or maybe I'd have some fruit and then go to the gym for three hours. I knew I had a problem. It was a gradual process but I changed myself."

Hale said she is back on track with a healthier lifestyle now and wanted to highlight the issue for teenage girls who face pressure when they are cast into the limelight.

She also has some kind words for her boyfriend, 'Secret Circle' star Chris Zylka. The two have been dating for a year.

"I was like 'holy crap you're gorgeous. It was like no one else was there. We couldn't stop talking," she says of their first date.