President Obama Answers If He Wishes He Were Running Against Trump 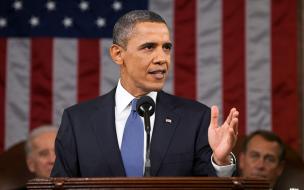 Jimmy Kimmel asks President Obama if he wishes he were running against Donald Trump.

Obama shares his opinion on the Republican nominee and says "there are certain norms, standards, customs and values that make it work and if you're willing to say anything and do anything that undermines previous generations that's a problem."

Obama also admits to laughing at Trump and recalls the first time he saw the damaging 'Access Hollywood' tape.

He jokes that, even if he could, wife Michelle Obama would divorce him if he ran again.