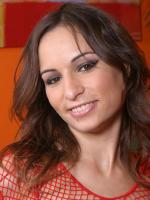 Rayne, who had accused co-star James Deen of sexual assault, was found dead of what the coroner called "a possible overdose."

LA assistant chief coroner Ed Winter told NY Daily News that: "She evidently was with a friend. It was reported as a possible accident, a possible overdose."

The final cause of death is pending toxicology test results with an autopsy scheduled for the end of next week.

Stormy Daniels, the director of one of her films, called her "a really good friend, and one of the best actresses and performers that I've ever had the pleasure to work with."

"I'm just glad that I had the opportunity to work with her and call her a friend," she said. "Amber was a really close friend of mine, and I’m lucky to have known her both personally and professionally."

Rayne claimed in December that Deen punched her in the face and raped her on set.