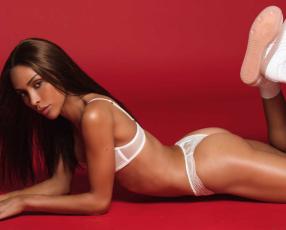 Playboy has made history by naming a transgender model a Playmate for the first time in its 64 years.

French model Ines Rau will be the centerfold star in its November/December issue.

"I lived a long time without saying I was transgender," the 26-year-old tells Playboy. "I dated a lot and almost forgot. I was scared of never finding a boyfriend and being seen as weird."

"Then I was like, you know, you should just be who you are. It's a salvation to speak the truth about yourself, whether it's your gender, sexuality, whatever."

"The people who reject you aren't worth it. It's not about being loved by others; it's about loving yourself."

Interestingly, the magazine first featured a transgender woman on its pages in September 1991. However, Caroline Cossey wasn't made a Playmate or the centerfold model.

The final decision to make Rau a Playmate was made by Hugh Hefner's son, Cooper, who is Playboy's chief creative officer. Hugh passed away last month at the age of 91.