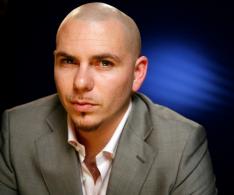 Pitbull is lending his private plane to those who need it most in Puerto Rico.

The rapper has sent the plane to rescue cancer patients from hurricane-ravaged Puerto Rico so they can continue treatment in the United States.

Puerto Rican Congresswoman Jenniffer Gonzalez thanked him on social media on Tuesday, writing, "Thank you for lending your private plane to move cancer patients from PR to USA so that they can get chemo."

Along with the lack of power, Hurricane Maria has left roughly 44% of the population in Puerto Rico without drinking water with temperatures hovering close to 90 degrees. Only 3% of the population and 11 of 69 hospitals have power.