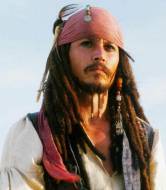 Disney has released its first teaser trailer for 'Pirates of the Caribbean: Dead Men Tell No Tales'.

Johnny Depp returns as Captain Jack Sparrow in his search for the trident of Poseidon, a powerful artifact that bestows upon its possessor total control over the seas.