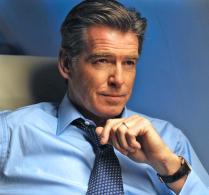 Pierce Brosnan is returning to TV three decades after starring in the NBC TV series that launched his career, 'Remington Steele'.

Brosnan has accepted the lead role on AMC's new Western drama series 'The Son', according to multiple reports.

The series will be based on the book by Philipp Meyer of the same name, which is described as "an epic of the American West and a multigenerational saga of power, blood, land, and oil that follows the rise of one unforgettable Texas family, from the Comanche raids of the 1800s to the to the oil booms of the 20th century."

The former James Bond will play Eli McCullough, the charismatic family patriarch, who was born on the day Texas became an independent republic and is having trouble adjusting.

Raised by a Comanche Native American tribe, he applies the Comanche worldview to his business dealings and is now uncertain of his legacy.

Brosnan takes over the role after Sam Neill dropped out of the 10-episode first season.