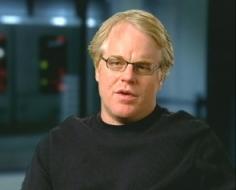 Oscar winning actor Philip Seymour Hoffman was found dead in his New York city apartment on Sunday. He was 46.

Hoffman apparently died of a drug overdose and was found with a needle still in his arm. Envelopes filled with, what is believed to be, heroin were also found in his room.

Hoffman's body was found in the bathroom of his Greenwich Village apartment by his assistant, who made the 911 call.

Last year, the actor admitted that he had fallen off the wagon and once again developed a heroin addiction, for which he entered a rehab facility. He said he had been clean for two decades years prior to that.

In a statement, his family said: "We are devastated by the loss of our beloved Phil and appreciate the outpouring of love and support we have received from everyone."

"This is a tragic and sudden loss, and we ask that you respect our privacy during this time of grieving. Please keep Phil in your thoughts and prayers."

Hoffman co-starred in last year's 'Hunger Games: Catching Fire' as Plutarch Heavensbee. He had completed most of the filming for the follow-up films 'Hunger Games: Mockingjay' Part 1 and Part 2.

) said in a statement. "Philip was a wonderful person and an exceptional talent, and our hearts are breaking. Our deepest thoughts and condolences go out to his family."

He leaves behind his partner of 15 years, Mimi O'Donnell, and their three children.