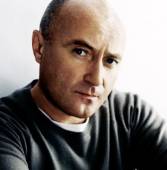 Phil Collins has revealed a 14-year-feud with the Beatles' Paul McCartney.

In the UK's Sunday Times, Collins talks about the incident that set him off.

"I met him when I was working at the Buckingham Palace party back in 2002," the singer explains.

"McCartney came up with then-wife Heather Mills and I had a first edition of The Beatles, by Hunter Davies, and I said, 'Hey, Paul, do you mind signing this for me?'"

"McCartney was one of my heroes," he says. "But he has this thing when he's talking to you, where he makes you feel, 'I know this must be hard for you because I'm a Beatle. I'm Paul McCartney and it must be very hard for you to actually be holding a conversation with me.'"

Collins also recalls an scary incident while vacationing and binge drinking in Turks and Caicos years ago.

"I nearly died," he says after he drank vodka with breakfast. "My organs were kind of f--ked. It was spirits, corrosive stuff."

Collins, now sober except for wine, had to be airlifted to New York City.