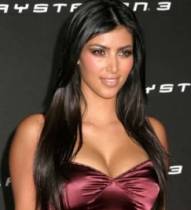 More than 100,000 people have signed a petition to urge E! to cancel Kim Kardashian (photos

The 'No More Kardashian' petition, which was launched two weeks ago says 'Keeping Up With the Kardashians' and the network's other reality shows that feature the family should be cancelled because "they are mostly staged and place an emphasis on vanity, greed, promiscuity, vulgarity and over-the-top conspicuous consumption."

"Keeping up with the Kardashians is just not viewing that we the public, would like to see from your network," it reads. "Enough is enough."

The petition has more than 144,000 signatures at the time of writing.

While it probably won't cause E! to cancel the show given that Kim Kardashian's "fairytale wedding" was seen by millions, it should give the reality star an idea of the widespread attitude forming against her.