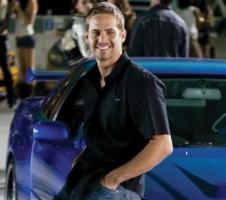 Comedy Central will cut all the Paul Walker jokes made during Justin Bieber's roast.

However, neither the network nor Bieber himself appreciated the quips about the 'Fast and Furious' star who died in a car crash in November 2013.

"Roasts often push the limits of good taste and we give the participants full reign to try things knowing we have the edit to shape the show," Comedy Central confirms in a statement. "Sometimes the line is discovered by crossing it. The Paul Walker references will not be in the telecast."

Jeff Ross made the most quips about Walker, saying: "'Move bitch! Get out the way!' That's what Paul Walker should've said to that tree."

When the audience booed him, he replied: "Too soon? Too fast? Too furious? Give me a break, people! I'm trying to save this kid's life."

Ludacris, who appeared with Walker in the franchise, appeared visibly offended and gave a thumbs down as he motioned to the cameras to cut taping.

Meanwhile, Comedian Natasha Leggero added her own dig: "I'm not saying Martha Stewart is old, but she needs a new Walker more than the Fast and Furious franchise."

"I didn't particularly like the Paul Walker jokes," Bieber told reporters after the taping.

The roast will air on Comedy Central on March 30.