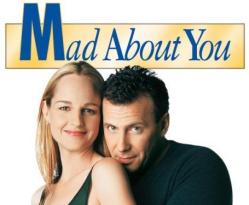 After watching 'Will and Grace's successful return, Paul Reiser says he and Helen Hunt are open to a 'Mad About You' revival.

"If we can find the story to tell, and anybody's interested, I'd be open to it," Reiser said at a 'Stranger Things' event. "You got an idea? Yeah. Come up with some ideas."

"For years, I would've said 'Absolutely no. We never would do it' because I was very proud of how we ended it really well," he said.

"We even told the future a little bit, so our thinking at the time was, 'Let's make sure we never get tempted to come back. Let's tell them what happens.'"

"Now, because everybody’s talking about it, I started to think, 'Maybe if there’s a story we could come up with,'" Reiser admits. "To me, it's interesting when I see my kids are growing and leaving the house. It's like, 'Oh.' It's like that moment when you get married. It's like we're in a new world that we don’t know the rules of."