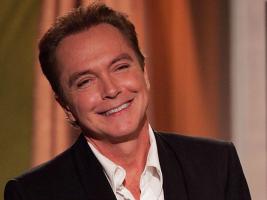 'Partridge Family' alum David Cassidy has died after being hospitalized for organ failure. He was 67.

"On behalf of the entire Cassidy family, it is with great sadness that we announce the passing of our father, our uncle, and our dear brother, David Cassidy," his spokesperson says in a statement.

"David died surrounded by those he loved, with joy in his heart and free from the pain that had gripped him for so long. Thank you for the abundance and support you have shown him these many years."

The singer cemented his place in pop culture after he starred as Keith Partridge, opposite Susan Dey, Danny Bonaduce and Shirley Jones in the musical-sitcom from 1970-1974.

It was a part of ABC's Friday-night lineup but the show lived on in syndication. The family was loosely based on the real-life musical family The Cowsills, a popular band in the late 1960s and early 1970s.