'Parks and Recreation' Actress Natalie Morales Comes Out as Queer 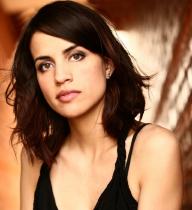 'Parks and Recreation' alum Natalie Morales has come out.

"I'm coming out. I want the world to know," Morales said on social media with the hashtag "#PrideMonth."

"I don't like labeling myself, or anyone else, but if it's easier for you to understand me, what I'm saying is that I'm queer," she says.

"What queer means to me is just simply that I'm not straight. That's all. It's not scary, even though that word used to be really, really scary to me."

"I know this isn't some big, life-shattering revelation that everyone will be shocked by. The reason I decided to share this with you and with the world is because even though me telling you I'm queer might not be a big deal these days, things are still pretty bad out there for people like me."

"There are gay concentration camps in Chechnya where people are being tortured right this second. In our very country, 49 people were killed and 58 people were wounded just last year because they were dancing in a gay club. Our safe spaces are not safe."

"I think it's important that I tell you that this familiar face you see on your TV is the Q part of LGBTQ, so that if you didn't know someone who was queer before, you do now."

Morales says she had a secret relationship with a bisexual girl.

"I know I thought something was really wrong with me. I was ashamed and I thought I was dirty. I knew that the church said it was wrong and that God said it was wrong... even though I couldn't exactly figure out why, if it wasn't hurting anyone."

"I also think it's important that if there are any scared kids out there, like I was, I can tell you that whole 'It Gets Better' campaign is true," she sums up. "It does."