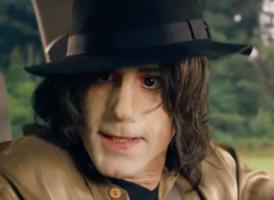 Paris Jackson is reacting to the first photos of Joseph Fiennes playing Michael Jackson in the made for television film 'Urban Myths'.

"I'm so incredibly offended by it, as I'm sure plenty of people are as well, and it honestly makes me want to vomit," said the daughter of the singer on social media.

She wasn't the only one, Michael's nephew Taj Jackson said: "Unfortunately, this is what my family has to deal with. No words could express the blatant disrespect."

Fiennes plays the King of Pop in the film centered around the road trip that Elizabeth Taylor and Marlon Brando took with Jackson from New York City to Ohio after the September 11 attacks.

Fans have criticized the choice of the 'Shakespeare in Love' star to play "one of the world's most iconic black musicians."