Paris Hilton Claims Purse With Cocaine Wasn't Hers After Arrest 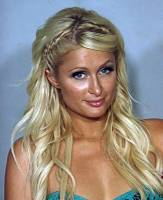 After her arrest on suspicion of cocaine possession, Paris Hilton (photos

) is claiming the purse that contained the drugs wasn't hers.

Hilton was arrested after a police motorcycle officer smelled marijuana smoke wafting from a black Cadillac Escalade driven by her boyfriend on the Las Vegas Strip.

Police later found a substance in Hilton's purse that tests showed to be cocaine.

Her boyfriend, Las Vegas nightclub mogul Cy Waits, was arrested on misdemeanor suspicion of driving under the influence of alcohol or drugs.

Both were booked into the Clark County jail, but released a short time later without bail. If convicted of the felony, Hilton would get probation. Any violation of probation would be punishable by one to four years in Nevada state prison. At least she got a decent photo out of it -- the picture you see on the right is her actual mugshot!

Hilton was arrested this summer after the Brazil-Netherlands World Cup match in South Africa, on suspicion of possession of marijuana. She used the same "the drugs weren't mine" then as well and the case was dropped after a midnight court hearing.

She pleaded no contest in 2007 to alcohol-related reckless driving and was sentenced to 45 days in jail. After spending about 23 days in jail, Hilton claimed that the ordeal caused her to re-evaluate her party lifestyle and that she now wanted "to help raise money for kids and for breast cancer and multiple sclerosis."