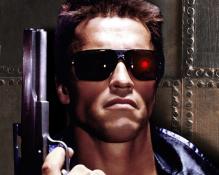 Paramount has announced that it is rebooting the 'Terminator' franchise for a new trilogy of films.

"The first in a stand-alone trilogy, 'Terminator' will be produced by Megan Ellison of Annapurna and David Ellison of Skydance," it says in a statement.

The words important to note are "stand-alone trilogy," which means the film will be set in a completely different timeline as the original films.

Paramount does not specify whether Arnold Schwarzenegger, who has returned to films, will be involved in the project in some way.

The studio tentatively says the first film in the trilogy will be released on July 26, 2015. A year that is already chock full of major releases including 'Star Wars: Episode VII', and sequels to 'The Avengers', 'Avatar' and 'Pirates of the Caribbean'.