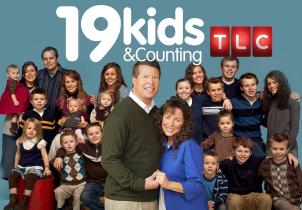 Sarah Palin is defending the Duggar family by attacking Lena Dunham and asking why she didn't receive the same treatment over revelations in her book.

Dunham revealed in her memoir, Not That Kind of Girl, that she explored her younger sister Grace Dunham's body when the actress was 7.

Palin asks why Dunham wasn't villified the same way the '19 Kids and Counting' star has been.

"I'm not defending the Duggar boy's obvious wrongdoing over a decade ago. The main victim in any story like this isn't the perpetrator, it's the innocent ones so harmfully affected," writes the former Alaska governor.

"I'm not an apologist for any sexual predator, but I'm sickened that the media gives their chosen ones a pass for any behavior as long as they share their leftwing politics."

"Case in point, they suggest Lena Dunham's sexual assault on her sibling is cute, and she's rewarded for it with fame and fortune. Meanwhile, they crucify another, along with an entire family."

"Such obvious double standards applied to equally relevant stories underestimate the wisdom of the public, discredit the press, and spit on the graves of every American who fought and died for the press's freedom," she continues.

"I hate for anyone to go through this game liberals are allowed to play, relentlessly attacking on an uneven playing field until a conservative's career, relationships, and reputation are destroyed."