Owen Wilson hit the beach for the first time since returning home after his suicide attempt.

You can see the suicide attempt scars on his wrist. It's been rougly three weeks since Wilson downed pills and slashed his wrists.

He looked very serene as he relaxed at the beach with brother Andrew. Here's hoping he's put his troubles behind him. 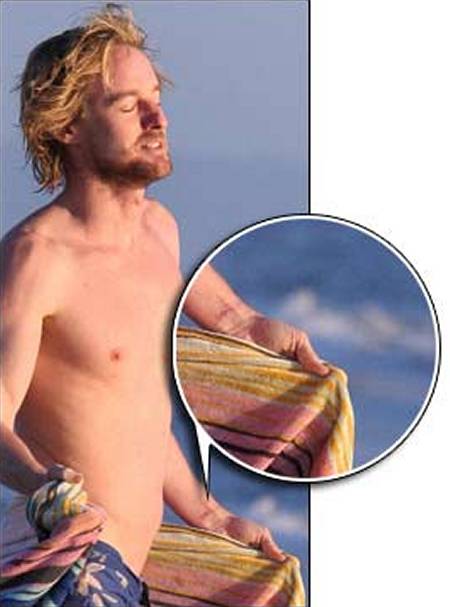