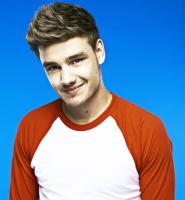 One Direction Singer Liam Payne says he's "sick of all this bull" after being slammed for praising 'Duck Dynasty's Willie Robertson for his family values.

"Huge love to you, your family. Huge respect for your business prosperities and the family values you still all behold," Payne wrote to Robertson on Twitter. "Big fan."

But after some observers took the message to mean that Payne was showing his support for Phil Robertson's view that homosexuality was sinful, the singer came under from all fronts.

"What I gotta do to please you bastards?," asked an upset Payne. "I can't do anything without being judged."

"Look at this shit," he said as he posted a link to a UK tabloid that had run with the headline "One Direction's Liam Payne defends 'homophobic tweet' to Duck Dynasty's Willie Robertson supporting family values."

"I just watched a show and I liked it as most people do," he tried to explain.

"Write about things that actually matter," he advised. "Pick your balls up off the floor and get on with it instead of taking advantage of every word said and twisting it for your own gain."

But after criticism over the message kept coming, Payne said he couldn't keep defending his innocent message and like Robertson, ironically, cited the freedom of speech.

"Sick of all this bull. I'll be back again when the freedom of speech law is back and people don't believe to much into the bulls#!t they read."

Funny enough, in Willie Robertson's reply to him on Twitter, the 'Dynasty' star told him "Y'all keep rockin, we'll keep quackin. Stay strong in this nutty world."