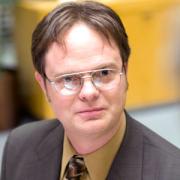 Rainn Wilson has been cast as the lead as a detective in CBS drama 'Backstrom'.

Based on the series of Swedish novels by Leif G.W. Persson, Wilson will play an overweight, eccentric and offensive detective who he tries, and fails, to change his self-destructive behavior.

'Bones' creator Hart Hanson will write and executive produce the pilot, which will also once '24' star Dennis Haysbert, Kristoffer Polaha and Page Kennedy.

"We got our Backstrom! And wow, he's a corker!," Hanson said on Twitter.

Wilson was cast after NBC officially passed on 'The Farm', a spin-off from 'The Office' based around Dwight Schrute's life as a beet farmer running a bed and breakfast.

The network made him an offer for the comedy pilot "Donor Party" with a six-episode guarantee, but Wilson turned it down to instead take the drama series.