North Korea Blasts US For Sanctions Over Sony Attack 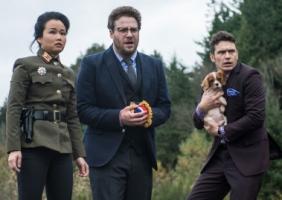 North Korea is criticizing the United States for new sanctions over the Sony hack that the FBI claims to have attributed to the country.

North Korea continues to deny any role in the breach and says the United States is "groundlessly" stirring up hostility towards Pyongyang.

"The sanctions show their inveterate repugnancy and hostility toward the DPRK," a spokesperson tells local media.

"The policy persistently pursued by the US to stifle the DPRK, groundlessly stirring up bad blood toward it, would only harden its will and resolution to defend the sovereignty of the country."

The US says the new round of sanctions, aimed at organizations and ten individuals closely tied to the North's defense, is the first step against the country.

Meanwhile, the other angle to this story is that leading cyber intelligence company Norse has said that North Korea wasn't the one behind the attacks.

"When the FBI made the announcement so soon after the initial hack was unveiled, everyone in the intelligence community kind of raised their eyebrows at it, because it's really hard to pin this on anyone within days of the attack," says the company's Kurt Stammberger.

Stammberger says their research hasn't shown any links to North Korea but the FBI investigators have had a "narrow" view from the beginning.