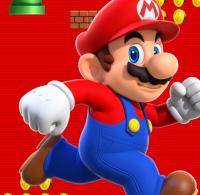 In an updated profile for its infamous character, Nintendo says Super Mario is no longer a plumber.

In a page on its Japanese website, Nintendo describes Mario as: "All around sporty, whether it's tennis or baseball, soccer or car racing, he does everything cool."

"As a matter of fact, he also seems to have worked as a plumber a long time ago."

Mario creator, Shigeru Miyamoto, said years ago that he originally envisioned the character as a carpenter but then decided to change his profession to fit each game.

"If you go back to Donkey Kong, it was a 16-by-16 screen area. The character I came up with to fit that best was this small little guy with a big nose and a mustache, the characteristics that would stand out in that medium. We created the game design first and then we put the characters in to fit that," he explained to USA Today in 2010.

"With Donkey Kong, we have this gorilla who grabs this gal and runs away with her and you have to go chase the gorilla down to save the lady. And the game's stage was a construction site, so we made him into basically a carpenter."

"With Mario Bros., we brought in Luigi and a lot of the game was played underground so we made him to fit that setting and, we decided he could be a plumber."

"The scenario dictates his role," he noted.

Miyamoto also revealed that the real reason Mario had a hat was because it was difficult to make hair look natural decades ago.

"The technology of the time really dictated how we did character design. If I gave Mario a lot of hair you have to animate it or it doesn't look right. By giving him a hat we didn't have to worry about that," he explained.

"We also didn't have to draw his eyebrows, his forehead or any of these other things. It was just a really useful tool to help us emphasize what we were trying to do on this small screen."