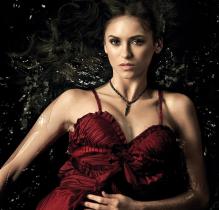 ) is in talks to return to 'The Vampire Diaries' for its final season.

"We collectively came to the same place," Pedowitz said of the decision to end the series. "We backed series creator Julie Plec in her decision."

"There are discussions going on with Nina Dobrev, we'd love to have her back," he said. "These are discussions that go on, hopefully she'll be back, but should it not work out, Julie has planned out a great series finale for fans."

"She made a career decision that, for her, was probably the right decision but we'd love to have her back. But again, if it cannot work out, Julie will take care to have a really satisfactory series finale."