Nickelback Responds To Petition By Detroit Fans With Video 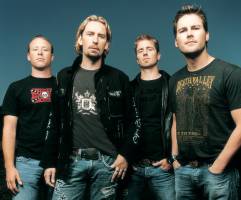 A couple of weeks ago the NFL announced that Nickelback would perform at halftime of the Detroit Lions Thanksgiving Day game despite a petition to drop the Canadian band in favor of one with stronger local ties.

Now the band is having some fun with the petition, which received over 54,000 signatures, by addressing the "crisis."

"Let's give Motor City that Motown sound they love," a music executive played by Paul Scheer tells the band. "You're no longer Nickelback -- now you're the Four Nickels."

"We'll put you guys in matching suits. You'll do synchronized dancing. We need you guys to tap into Detroit."

What follows is members of the group dressed up as Alice Cooper, Tom Selick and Robocop.