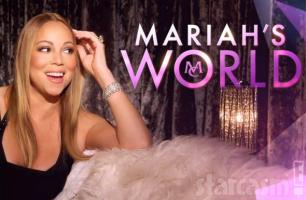 )'s romance with backup dancer Bryan Tanaka is what it seems.

Sitting down with Howard Stern, the 'America's Got Talent' host discussed Carey's much younger man and especially the romance being portrayed on the diva's reality series 'Mariah's World'.

"First of all, I think the whole reality show is fake. I'm a producer, so I know how it works," he said.

"Like, you can't have a well-lit private conversation. Like, that s--t doesn't happen. I don't buy none of that sh-t."

The eight episode series concluded this past weekend with Carey and Tanaka making out on the beach after she officially ended her relationship with James Packer.

"I don't even get into it. It feels like they wrote the story," he told Stern. "That sh-t is like a soap opera."

Cannon said he didn't sign up to be a part of the series but made an appearance because he wanted to celebrate his twins' birthday.

"It was a party, so I showed up to hang out with my kids and I was like, 'There's f--king cameras here. But all right, do whatever you gotta do.' So that type of stuff doesn't bother me because, again, we're in it."

"This is the world that we're in, but when you start trying to pull a fast one on people, that sh-t is silly."