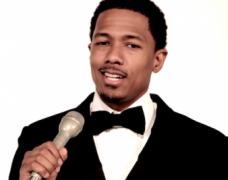 Nick Cannon is laughing off Georgian Court University's demand for an apology after the Roman Catholic school called his performance for them "offensive."

"I ain't apologizing for sh*t LOL... wait, I'm sorry your university doesn't believe in freedom of speech!!!," Cannon wrote on social media as he shared the letter from president, Dr. Joseph R. Marbach.

In the email, Marbach said: "Mr. Cannon blatantly disregarded the terms of our contract and much of his act ran counter to what we stand for at GCU."

"While comedy often explores serious social issues in ways that are fun and thought-provoking, Mr. Cannon's act crossed the line. His words were offensives and do not represent our Mercy core values."

Marbach said while booking Cannon the university asked him to avoid vulgar and sexual content but he ignored it during his performance.

He said the university was "deeply sorry" and is standing by its demand for an official apology from the artist.

Cannon left 'America's Got Talent' and was replaced by Tyra Banks after NBC executives criticized him over a joke he made during another comedy routine.