The cover of the latest 'New Yorker' jokes about the seemingly jinxed Broadway 'Spider-Man' show.

The magazine's cover features an illustration showing several Spider-Man characters in bandages and casts taking over an entire hospital wing.

The issue also contains an article by Michael Schulman wondering about the potential link between the show's misfortunes and its box office success.

"Are people paying to see calamity?," he asks, quoting several audience members who were eager to see a mishap.

Four cast members have been seriously injured since previews of 'Spider-Man: Turn Off the Dark' began. Last week, the show beat out 'Wicked' to top the Oz musical with $1.59 million in sales.

Directed by Julie Taymor with music by U2's Bono and the Edge, the musical officially opens on February 7, 2011. 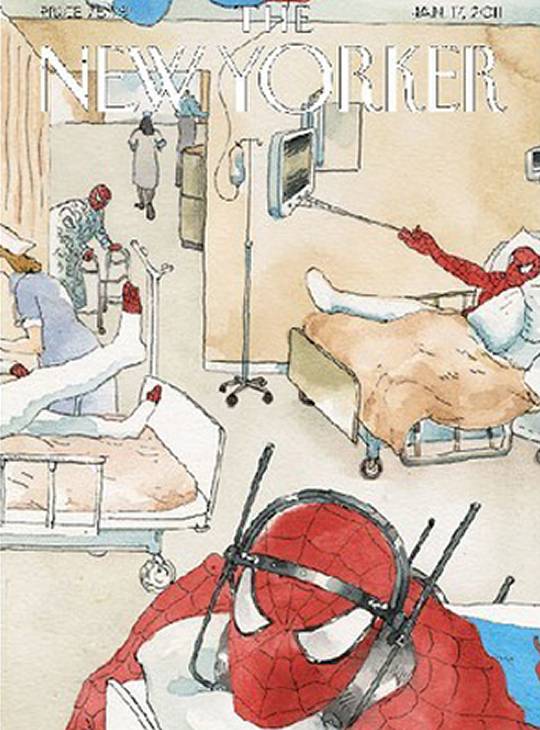