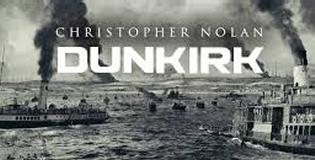 The first teaser trailer for Christopher Nolan's 'Dunkirk' was a minute long and focused on one moment with soldiers ducking in panic as an apparent enemy approaches from the sky.

Now a new trailer has been released that reveals a lot more of the World War II epic.

The film is about a period of fierce battle in World War II when allied soldiers from Belgium, the British Empire, Canada and France are surrounded by the German army.