New Comic To Continue From Where 'Smallville' Ended In Season Ten 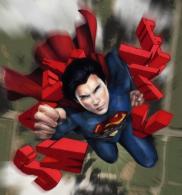 DC Comics has announced a new 'Smallville' comic book series that will pick up where the show left off after its tenth season on the CW.

"Fans of the smash-hit TV series Smallville haven't had much to cheer about since the show ended its critically acclaimed 10-year run on The CW last May," says DC in a statement.

Written by former 'Smallville' writer Bryan Miller, the new series will be published digitally on April 13, 2012, with new chapters released every week thereafter.

The comic book series will also include other characters from the show including Green Arrow, Chloe Sullivan, Lois Lane, and Lex Luthor.

The first print issue will be released on May 16.