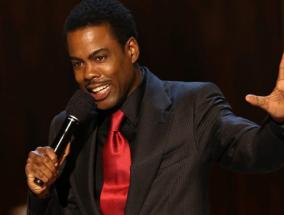 Netflix is opening up its wallet to get Chris Rock back on the stand-up stage.

Rock, who did his last special 'Kill the Messenger' in 2008, do two new stand-up specials for the service.

The first show will tape in 2017 and follow a new world tour he's in the midst of planning. He joins stand-up comedians who have filmed stand-up specials for Netflix including John Mulaney, Patton Oswalt, Cedric the Entertainer, Iliza Shlesinger and Ali Wong.

Although the $40 million for two stand-up specials likely sets a new standard. It also ends Rock's longtime relationship with HBO as his destination of choice for such shows in the past.

Rock, who recently hosted the 88th annual Academy Awards, said he's "very excited to be working with Ted and Lisa and all the good people at Netflix. I can't wait to get back on stage."