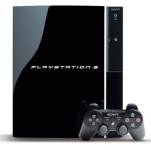 Sony and Netflix plan to announce that PlayStation 3 owners will soon be able to stream movies and TV shows to their TV, just like the Xbox 360.

The two will officially announce the service on Monday and word is that it will launch next month. It will be available for free to PlayStation 3 owners who have a Netflix subscription.

The move brings an added feature to the PS3, while giving Netflix exposure to even more streaming set-top boxes.

More than 9 million PlayStation 3 systems have been sold in the United States while Netflix currently has just over 11 million customers.

This Wii is now the only major gaming console without Netflix streaming, however, Netflix CEO Reed Hastings has said that he would like the streaming service to be available on all three platforms so look for a deal with Wii to follow within the next few months, especially now that Nintendo's two major competitors have signed on the dotted line.

"We're looking to the second half of 2010 to make our streaming offering international. The plan is to start small in one market, prove out our model, and expand into other countries."

The company reports approximately forty-two percent of the its 11 million subscribers streamed at least 15 mins of content last quarter.