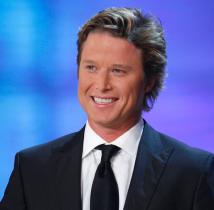 NBC has suspended 'Today' show personality Billy Bush indefinitely after he was caught on tape in a lewd conversation with Republican presidential candidate Donald Trump about women.

"There is simply no excuse for Billy's language and behavior on that tape," 'Today' executive producer Noah Oppenheim said in a memo to staff.

The 2005 video from the 'Access Hollywood' archives surfaced on Friday and quickly became the most talked about footage in the entire election.

Bush, who was a host for the show, was on a bus with Trump as he escorted him to an appearance on a soap opera. He laughed and participated in the discussion as Trump bragged about kissing, groping and trying to have affairs with married women.

After speaking about trying to 'f--k' Bush's co-host Nancy O'Dell, Trump put some Tic Tacs in his mouth.

"I've gotta use some Tic Tacs, just in case I start kissing her," he said. "You know, I'm automatically attracted to beautiful. I just start kissing them. It's like a magnet. Just kiss. I don't even wait. And when you're a star, they let you do it. You can do anything."

With Women making up the majority of 'Today' viewers, the move was no surprise. The host's Facebook page has been flooded with critical comments from furious women with messages like "You are sickening!"

A call to his office line at NBC now goes to a voice mail message, recorded by someone else.