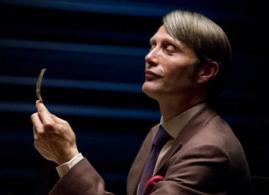 NBC has ordered a second season for the critically praised 'Hannibal'.

The Bryan Fuller-produced drama will return for a 13-episode second season slated for the late fall/early spring.

"We're so proud of Bryan's vision for a show that is richly textured, psychologically complex, and very compelling," says NBC entertainment president Jennifer Salke. "There are many great stories still to be told."

However, the renewal was far from a sure thing. The Hugh Dancy and Mads Mikkelsen starrer is averaging 4.7 million viewers.

That's an improvement over 'Do No Harm's performance in the same timeslot but not "hit" numbers. But in keep it is NBC.

In fact, 'Hannibal' is only the third freshman series to earn a second-season after 'Chicago Fire' and 'Revolution'.