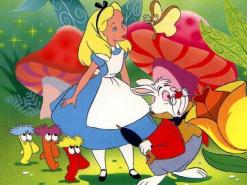 NBC has ordered a pilot for 'Wonderland', an 'Alice in Wonderland' inspired drama from 'CSI' creator Anthony Zuiker.

Set as a sequel to the Lewis Carroll fairytale, the series will explore Clara's life, which took an unexplained turn for the worse years earlier.

A mysterious stranger tells her there may be an explanation for her fate that lies in the fantastical world of Wonderland.

Determined to revive her dreams and get her life back, Clara agrees to wage war against the reigning but malevolent Queen, the twist is the Queen is the woman we once knew as Alice.

Whit Anderson and Matt Weinberg are onboard to pen the pilot.

The go ahead for a pilot episode follows the success of ABC's 'Once Upon A Time' and another NBC fairytale drama, 'Grimm'.