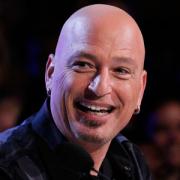 With a concept that sounds very similar to 'Deal or No Deal', the unscripted series will ask six contestants to select one package from a collection of wrapped gifts that could contain millions of dollars in prizes.

Each contestant will then have to decide whether to trade for an already revealed prize or take a gamble that the unopened box is worth more.

At the end of each round the contestant holding the least valuable prize will be eliminated, until a winner is crowned.

Mandel, who is also a judge on 'America's Got Talent', will host the show. The series is expected to air in fall.