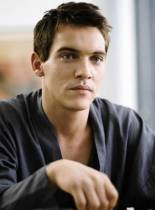 NBC has given a ten episode order to 'Dracula', a drama series version of the classic Bram Stoker novel starring Jonathan Rhys Meyers ('The Tudors') in the title role.

The 10-episode series will be set in the 1890s and introduce Dracula as he arrives in London, posing as an American entrepreneur who maintains that he wants to bring modern science to Victorian society.

In reality, he hopes to take revenge on the people who ruined his life centuries earlier. But his plan is derailed when he falls in love with a woman who seems to be a reincarnation of his dead wife.

"In the world of Twilight and True Blood and all the contemporized stories, we thought we'd go back to the original," says NBC Entertainment president Robert Greenblatt.

'Dracula' is from the producers behind another the critically acclaimed 'Downton Abbey', Carnival Films & Television.

Although the project will bypass the pilot stage with this order, NBC did not announce an airdate for 'Dracula'.