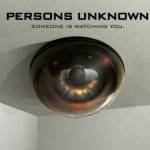 NBC has decided to pull the low-rated mystery series 'Persons Unknown' out of the Monday night lineup.

July 5th will be the show's last Monday night airing and the miniseries will be moved to Saturdays beginning July 17th. The good news for fans is that with the entire thirteen episode season already filmed, they will see the mystery unravel even if its on a different night.

Despite a cult following and some good reviews, the show has struggled in the ratings since its premiere. Affiliates are unhappy with a ratings dud airing before the nightly news but fans are complaining of a lack of promotional support from NBC.

On its new night, the Visa Gymnastics Championships will preempt the show on August 14th. But other than that, 'Persons Unknown' is expected to run uninterrupted and conclude with its final episode on September 4th.

While the move to Saturday's definitely hurts its chance for a second season, the series has always been promoted as a summer miniseries event so that was never a certainty.

If DVD sales and international pickups do well, there is an off-chance for another season next summer with a new mystery and cast but we wouldn't count on it.

As for Monday's lineup, it will include an 'America's Got Talent' encore at 8 PM, a new 'Last Comic Standing' at 9 PM and 'Dateline NBC' at 10 PM.