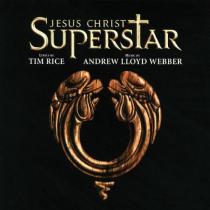 NBC isn't just limiting musicals to Christmas. The network has announced that it has set rock opera 'Jesus Christ Superstar' for Easter Sunday 2018.

"As we continue to expand the profile of our live musicals, we are thrilled to be partnering with Andrew Lloyd Webber and Tim Rice to bring a new live staging of the iconic Jesus Christ Superstar to NBC," says NBC entertainment chief Robert Greenblatt.

"Casting has just begun, but we want to fill out this classic show with as many recording artists as possible to give proper voice to what is the original rock opera score."

The musical, which first opened on Broadway in 1971 and was nominated for five Tony Awards, is based on the final week of Jesus' life.