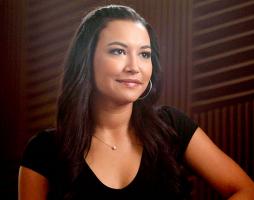 While guest hosting 'The View' this week, Naya Rivera may have revealed too much about her hygienic habits.

"I have to say I have a theory about showering, which is that I think that white people shower a lot more than ethnics," Rivera began.

"I feel like showering more than once a day or every day is such a white people thing."

"Look, there is an African-American woman right there in a yellow shirt that is about to have a heart attack," responded a surprised Rosie O'Donnell.

Rivera, noting that her mother is half-black, half-Puerto Rican, said: "She showers every day, so I can say this. But I can say that I am now married to a white man, and he showers a lot. Like, a lot — two, three times a day. I'm like, 'What are you doing?'"

She then tried to back her thoughts up with some "scientific" evidence: "A study says... a dermatologist says... you are only supposed to shower once or twice every three days, so I'm right on the mark."

Some viewers were obviously shocked.

"When YOU tell the world YOU shower every 3 days that says more about YOU not us Naya Rivera," said one.

Following the response, the 'Glee' actress claimed she was only joking.

"We were talking about a study that says you're supposed to shower once or twice every three days. I had an opinion on it that was supposed to be a joke. Apparently it didn't go over so well."

"It was supposed to be a joke, but I apologize if anyone was offended."