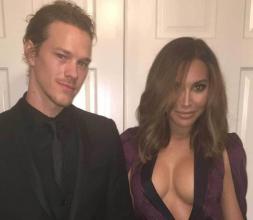 Naya Rivera has refiled for divorce from husband Ryan Dorsey.

The 'Glee' alum cites irreconcilable differences as the reason behind the split in the filing and asks for joint legal and physical custody of their two-year-old son.

She lists the date of separation as November 24. That's one day before she was arrested for domestic battery after she allegedly hit Dorsey while taking their son for a walk.

"I just need a police officer. My wife's out of control," Dorsey said in his call to police in which he said she was "getting physical."

Rivera and Dorsey married in July 2014, just three months after she ended her engagement to rapper Big Sean.

She first filed for divorce last year but asked for it to be dismissed a month later to keep her family together.