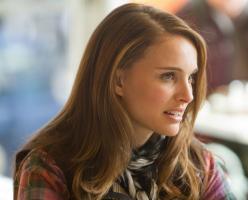 Portman, who returned for 2013's 'Thor: The Dark World' as Jane Foster, won't be in the upcoming 'Thor: Ragnarok' with Tessa Thompson taking the lead as Valkyrie.

And with all indications being that she won't be seen in 'Avengers: Infinity War', Portman believes her character no longer part of Marvel's universe.

"As far as I know, I'm done," she tells the Wall Street Journal.

"I mean, I don't know if maybe one day they'll ask for an Avengers 7 or whatever, I have no idea. But as far as I know, I’m done. It was a great thing to be a part of."

Marvel has stated that the upcoming 'Thor: Ragnarok' only has a handful of scenes on Earth with most of it taking place in the cosmos.